A retreat to a secluded corner of the Snowy Mountains.

Then dinner at the local hotel. Inside, seated, alongside patrons. Takeaway is an option, but not the only one.

Regrettably but necessarily, Canberrans can only picture and ponder an itinerary of such beautiful distractions at the present time.

The wretched coronavirus has shuttered our pubs, cancelled our "non-essential" trips and made takeaway the only way.

For now, at least.

Days housebound in Canberra can sometimes feel long, laborious and monotonous, such that it seems this strange semblance of life has been our way of life far longer than it actually has. 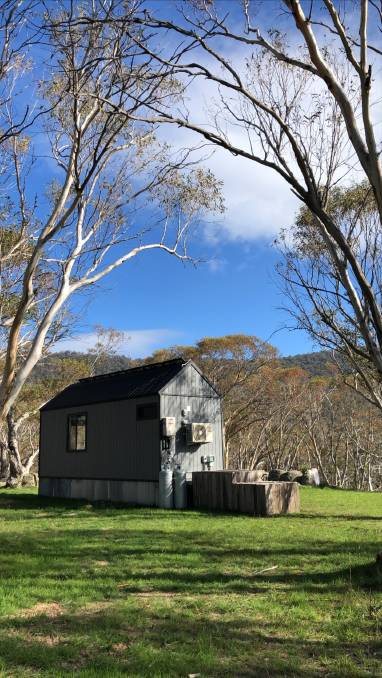 But it has been fewer than two months.

Fortuitously, I had booked a two-night getaway for the weekend before the harshest restrictions - which are only just now starting to be relaxed - began to be thrust upon us.

While there were strict limits in place on March 20, the pubs were open. Australia's borders were shut, but the road from Canberra to Cooma was still clear for visitors.

Our destination was not so much a destination as a location, a 63-hectare parcel of land situated about 12 kilometres southwest of Jindabyne.

Set on rolling hills of native bushland above the Mowamba River are two tiny homes.

The off-grid dwellings - named "Wilderness" and "Bushland" - are owned and maintained by Craig Rindfleisch, who rents them out through his venture Big Yard Escapes (the homes are located on Big Yard Road, Moonbah).

My partner and I managed to escape the (home) office a little early on the Friday afternoon to start the near 2 hour 30 minute drive south.

The damned virus infected most of our travel chatter, though it was interrupted by a moment's reflection on another crisis not long in the rear-vision mirror.

The outskirts of Bredbo were still charred in places, the blackened footprints of a fire which roared through the region earlier this year. The following day's hike through Kosciusko National Park would offer another reminder of the summer's horrors. 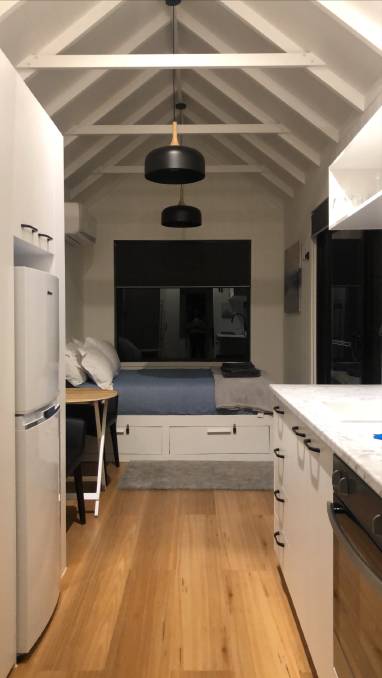 The 'Wilderness" tiny home doesn't feel very tiny at all

After a grocery stop and meal in Cooma, we passed through Jindabyne long after sunset. Our host had emailed directions to help us navigate the back roads into the wilderness. It was lucky he did.

But even when we arrived we weren't entirely sure we were in the right place. We could make out one of the tiny houses, but it was occupied. Guided by the lights of our phones, we eventually found the second, slightly bigger home hidden under the cover of gum trees.

Well-designed and neatly furnished tiny homes have a habit of not feeling very tiny at all. "Wildnerness" was no exception. There was room for a double bed, shower, toilet, fully-equipped kitchen and pantry. The sliding doors opened straight into nature, a backyard with no fence.

Having arrived under the cover of darkness, we were treated to the joy of waking the next morning to what looked and felt like entirely foreign surrounds.

Mother Nature had delivered us brilliant sunshine, cloudless blue skies and pleasantly cool temperatures. It was almost as though she knew the lockdown was coming; that we needed a blast of the outdoors before being forced into hibernation.

We left early in the morning to drive to Charlotte's Pass, a quaint alpine village in the heart of Kosciusko National Park.

The resort is the starting point for the popular Main Range hike, a 22 kilometre loop which takes in the summit of Mount Kosciusko - Australia's highest peak. The undulating terrain and altitude make for a challenging trek. But there are rewards with almost every step. 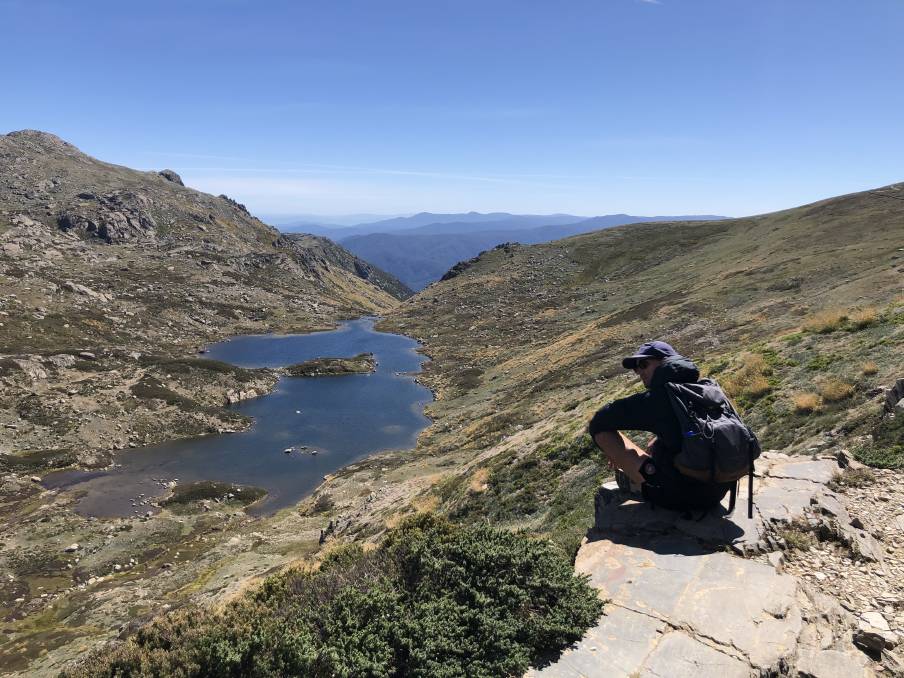 The Main Range hike is a truly spectacular experience

The scenery is spectacular. The route passes two glacial lakes, Blue Lake and Hedley Tarn, and meanders through meadows filled with wildflowers. The landscape en route to the summit of Mount Kosciusko is a picture of nature untouched, at its most serene.

When we reached the peak, the scars of the summer just past came into view. The massive Dunns Road bushfire ripped through the heart of the national park in early January, leaving in its wake vast ranges of charred trees and ashen-coloured soil.

We're reassured that nature regenerates after a fire. We know it to be true. But standing on Australia's rooftop that Saturday afternoon, looking out across the alps, it was hard to imagine how the torched landscape could possibly heal.

The final stretch of the hike is mostly downhill, crossing over the famous Snowy River, before winding back to Charlotte's Pass.

After near seven hours on foot, we'd earned a drink. We drove back to town and stopped in at Jindabyne Brewing, a popular micro-brewery which overlooks the lake. The brewery has six beers on tap, but one drink - a pint of Kiandra Golden Ale for me and a glass of rose for my partner - was enough.

Dinner followed, a casual meal of pizza and burgers at Banjo Paterson Inn, just off the main street of Jindabyne. It was typical, hearty fare, served in a typical hotel setting.

Hotel management had placed laminated signs around the venue asking that no more than four patrons be seated at one table, so they could maintain physical distancing.

The wall of television screens was broadcasting football matches played in front of no spectators. The world was starting to feel a little weird as we paid the bill and made the short drive back to Moonbah.

That night, we roasted marshmallows on the campfire (started with more than a little help from Craig), under a night sky shimmering with thousands of stars. In the morning we made the short walk down the hill to the Mowamba River.

We felt very distant - physically and emotionally - from the real and looming troubles of the world.

That, of course, wouldn't last.

On the drive back to Canberra later that afternoon, news broke that NSW and Victoria were preparing to move into lockdown. The ACT were to follow suit.

The AFL season had been suspended by the time we arrived back in Braddon. The pubs and restaurants were shut the next day. Those 24 hours were, on reflection, the most frenzied of the crisis.

The crisis will pass.

Big Yard Escapes is not taking bookings for the time being, but Craig said he was excited to again welcome visitors once the coronavirus restrictions were eased.

All signs point to that happening sooner rather than later.