MOST people view caravan parks as places to stop temporarily, for a night or a week of simplicity and nature, before returning to real lives and homes.

But the bursting housing market in Sydney - where sale prices are increasing $1000 a day - is making permanent caravan park living look a lot more attractive.

In Narrabeen, one of Sydney's priciest property markets, the state's oldest council-owned caravan park offers premium coastal living without the multi-million-dollar price tag. And living there can feel like you are on permanent holidays.

That's how it is for 74-year-old Marilyn Irons, who moved into her "relocatable home" in Lakeside Holiday Park five years ago, after a five day stay to suss things out.

"It was the world's worst caravan in the world's most terrible caravan park, back then," she laughs.

"The carpet looked like a Pro Hart artwork, the windows were broken, it was a mess. My poor daughter had a heart attack when she saw it! But I wasn't buying into it for that. It had potential." 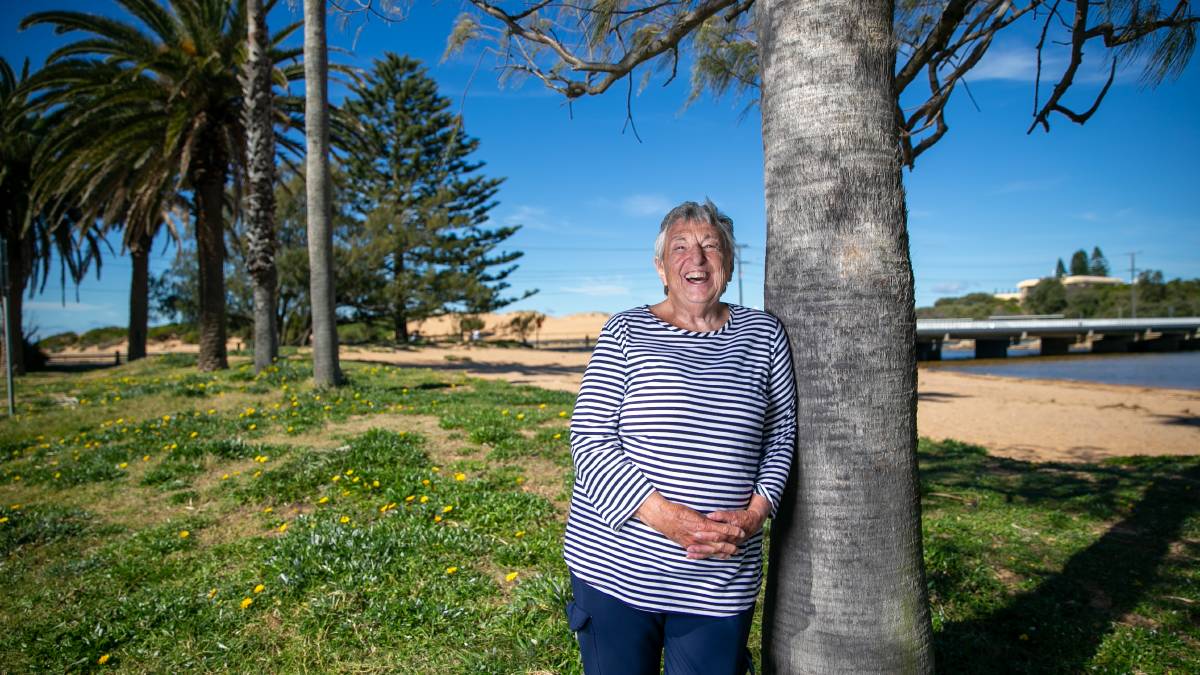 She had her own modular installation purpose-built by a company called Hi-Tech Homes ("We Deliver You Dreams") and pays $204 a week for her site on Beach Road. She hopes it will be her forever home.

When I visit on an eerily quiet Thursday morning, Marilyn has to spend a good amount of time locating me, lost in a labyrinth of cabins, shrubs, dead-end roads and meticulous lawns wrapping uniform buildings. There are a few tourists sitting outside vans, stuck in limbo waiting to get back into Melbourne, for the most part.

Just across the road are two of Sydney's most beautiful beaches: North Narrabeen and Turimetta. Behind is the famous Rat Park. Cafes and restaurants are within strolling distance. There are the countless wide trails and bush of the national park to explore, and of course, the Park sits on the edge of the famous Lagoon. During our chat, the resident ducks wander past.

Marilyn says she especially loves how handy everything is. "We are so close to the city but with the feel of being in a small beachside town," she says.

Her home is small, neat, busy, with a heaving shelf filled with books at the entrance, her bedroom, separate bathroom and kitchen and a room that doubles as a sewing and living room. She can sit on the deck and watch the life of the park wander by.

Not that there is much action. Although more than 100 "annuals" reside here - mostly older singles and couples, but a few families, she says - and there are plenty of cars parked neatly outside the compact homes, we barely see another soul. Marilyn likes it that way. 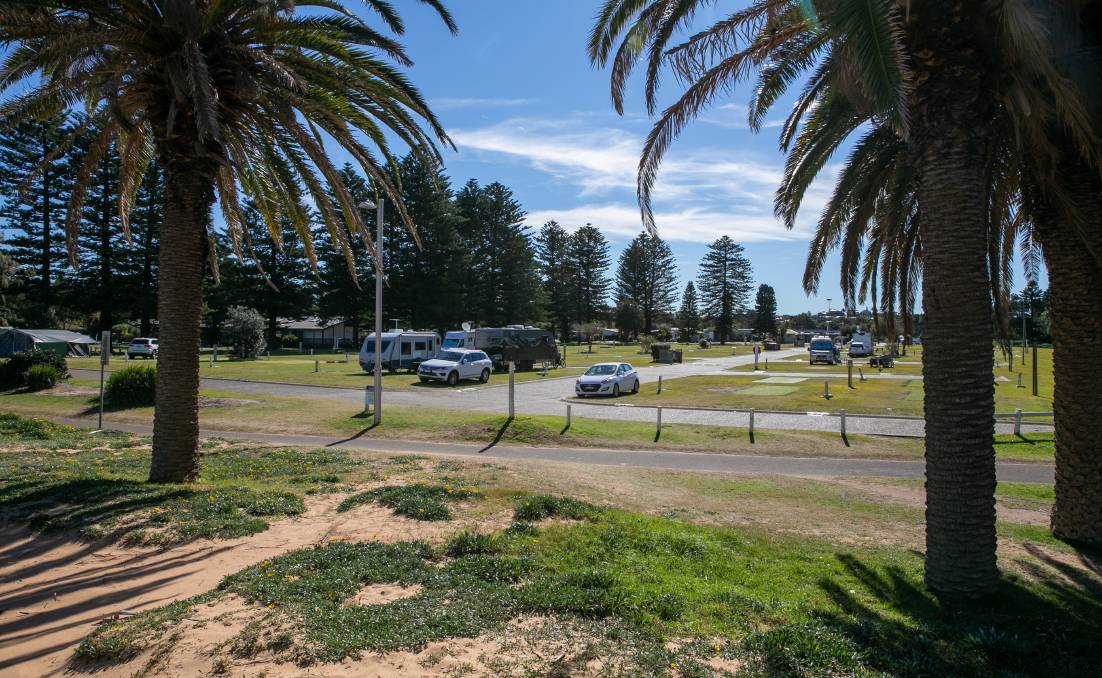 THEN AND NOW: Lakeside Park in August.

Some of her friends and family live in Over-55's communities but that's not for her, she says.

"They have to be social and - as my daughter says - I have been socially isolated for years. When they were handing out the party gene it missed me," she says.

There must be some tension, surely, living in such close quarters with a disparate group of strangers? Is it all balmy evenings of drinking Riesling and swapping war stories over the fences, or do they fight about fences, late-night laundry and encroaching lawn gnomes?

"There are quibbles and sniffiness and what have you but I don't get involved or worry about it," she says.

"I'm not a joiner. If someone requires help, I'll be happy to give it to them but I don't impose myself on people and gossip doesn't interest me at all. I'm very self-contained. I don't need anyone."

Narrabeen has a median house price of close to $2.1 million (and a median rent price of more than $1000/week), and 200-metres across the lake, houses are selling for more than $5 million. THEN AND NOW: Lakeside Park in April.

Little wonder that permanent park residences are pretty tightly held. "It's a finite number of people so there aren't going to be any extras coming in unless council decides to pull down the old shower block," says Marilyn.

Last month, an 80 square-metre, two-bedroom leasehold title sold for $925,000. This was a huge increase on the $650,000 selling price just last year but still within reach of what the agency blurb described as "downsizing families".

She had told me there would be others in the Park to chat to - but everyone has disappeared, "too shy", she says. But Marilyn is enough. She talks of her 18 years working as a small batch tinter for Dulux Australia mixing the paint to go on trains and of finally sitting the HSC - and doing well - late, when she was mother of a teenage daughter.

She was 69 when she moved in to her waterside home, channelling her parents, who retired to another idyllic caravan park, in Tuncurry, after "heaps of holidays" there.

"My mum said 'I don't intend spending the rest of my life cleaning up a house', so they bought into a caravan park," she explains. "It was a thought that all of us have experienced - but she did it!" 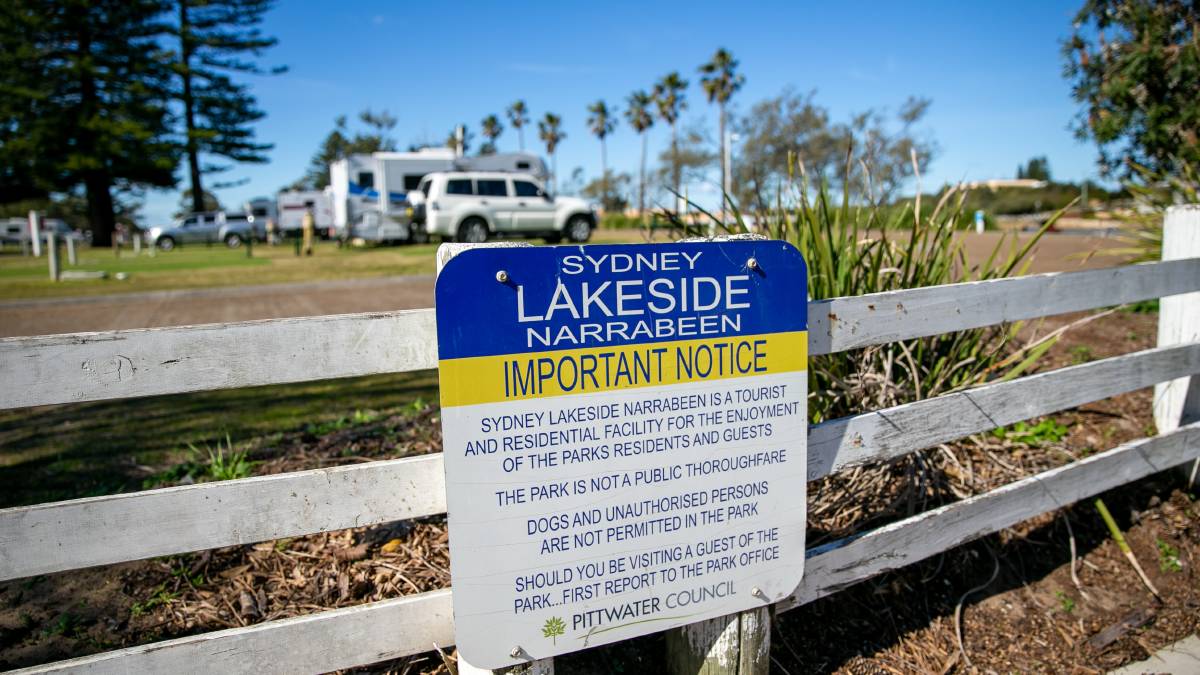 But she moved in alone; her husband Phil - a successful automatic transmission specialist - had passed away suddenly at the age of 69 from a heart attack. They had split up when their daughter Meg was a baby, but reconnected 10 years later.

Marilyn is a no-nonsense woman who tells me it is silly to live with regrets. But she has one small one.

"Phil and I, we used to go to Bilgola Beach virtually every weekend in summer," she says softly, talking about their weekend jaunts from their home in Sydney's west.

"But we always turned left instead of right. The only thing I think of is if only we had have turned left and discovered this all those years ago! It's that sliding doors moment.

"You can't change what has happened but I do sometimes think it would have been nice to be here with Phil. But it didn't happen so that's it and we had 30 good years together eventually, and I think he knew he wasn't going to make old bones somehow.

"I don't have any regrets. I really fell on my feet. I feel lucky. I don't have to drive to the beach. I'm hoping to live here forever."

This story What's it really like to live in a caravan park? first appeared on Northern Beaches Review.