WIDE-RANGING projects across the Central West are aiming to secure wild populations of threatened species.

The NSW government has committed $100 million to save more animals and plants from extinction.

The funds are allocated from 2016 to 2021 to Saving Our Species, the state's leading threatened species conservation program.

Within Dubbo Regional Council the number is seven and within Orange City Council there are two threatened species and one threatened ecological site.

At Orange, the superb parrot is on the list. The colourful and swift bird is admired by Dr Colin Bower, but he believes some people have little awareness of it and other native species.

"They're quite a spectacular sight, but they are very fast, so people really only get a glimpse of them," he said. 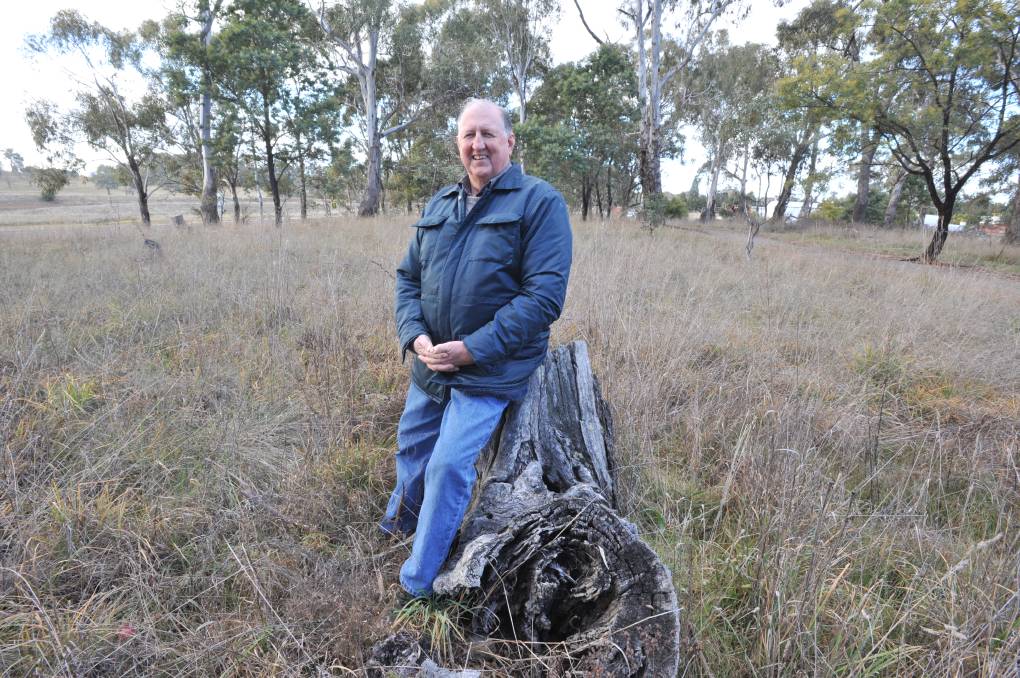 RARE SIGHT: Dr Colin Bower, pictured just off Cadia Road, where one of the few remaining remnants of native bushland which once covered Orange can be seen. Photo: JUDE KEOGH 0720jkbush1

"And I guess that's one of the reasons people are not as aware of them as they could be, because they're very mobile and move through the landscape really quickly."

He is fascinated by superb parrots, which he reports descend on parts of Orange each November and December in flocks of up to 30 to feed on the seeds of acacias.

"Superb parrots have a really long foraging range, so they'll fly up to 10 kilometres for a food source, from where they're nesting," he said.

I just have a deep interest in nature, it's a source of not inspiration so much as just wonder, at the complexity of the interactions that go on in natural systems.

Dr Bower, who worked as an environmental consultant for almost 20 years before retiring, said he had always been interested in natural history. When he moved to Orange in 1980, he joined the Orange Field Naturalist and Conservation Society, of which he is now a life member.

"I just have a deep interest in nature, it's a source of not inspiration so much as just wonder, at the complexity of the interactions that go on in natural systems," he said.

"When I spend a day in the bush, I pretty much never go home without having seen something new that I haven't seen before, and without having come away with a new insight into the complexity of natural systems and how it all ties together as a whole.

"My interest in threatened species and nature in general is about the potential loss of something that we humans actually don't understand a lot about, so we tend to sort of barge around the landscape, knocking things over without understanding anything about it. So that kind of distresses me, when I see natural areas, and there aren't many left, just disappearing, it's a cause of concern." 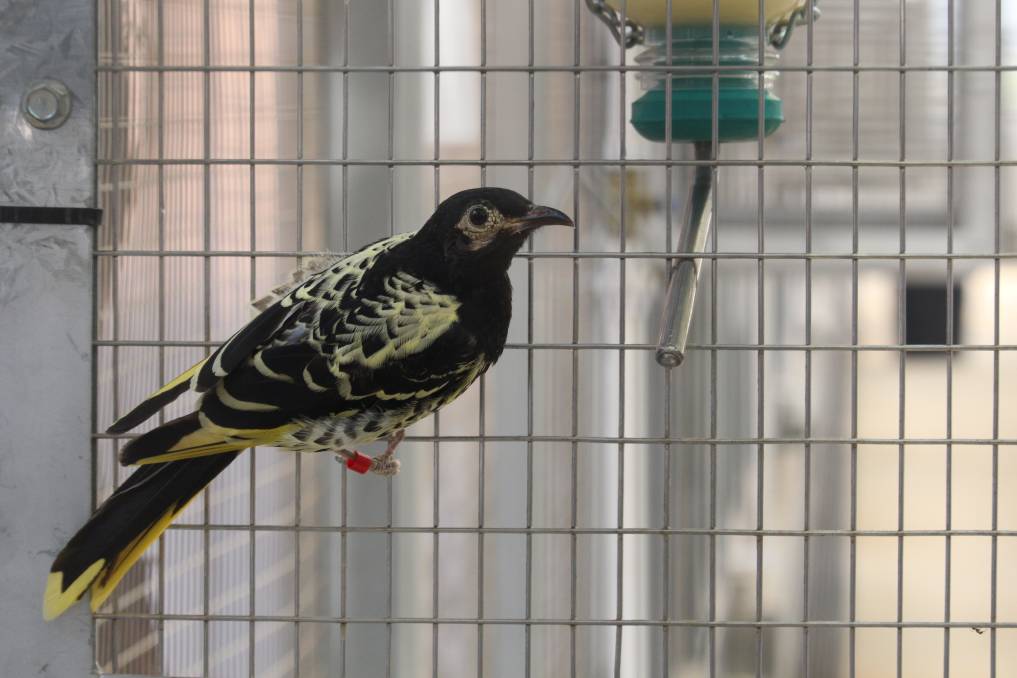 DROUGHT and recent habitat loss from bushfires mean a sighting of a rare regent honeyeater anywhere from Bathurst to Dubbo would not be "unexpected", Dr Sarah Bell reports.

The bird is listed as critically endangered with a 2010 estimate suggesting there were only 400 left.

The Capertee Valley, north of Bathurst, and the Mudgee-Wollar region are among its core breeding areas, but in the past two years, with drought and now the added pressure of habitat loss from bushfires, "their movements are becoming more unpredictable", Dr Bell says.

READ ALSO: The cafe that hands out on-the-spot fines

That's posing a challenge for Dr Bell, a senior project officer with the NSW Department of Planning, Industry and Environment (DPIE) and part of a dedicated team working to ensure the bird's long-term survival. 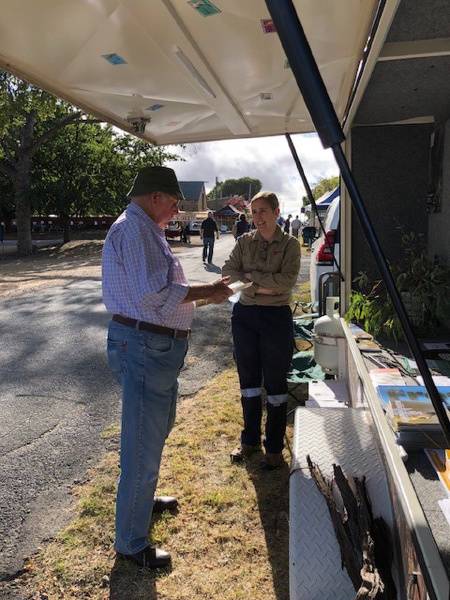 Threatened species officer Dr Sarah Bell talks to a community member about the regent honeyeater at an event in the Kandos-Rylstone area. Photo contributed.

Regent honeyeaters have a share in the NSW government's Saving Our Species program, a $100 million investment over five years to bring more threatened animals and plants back from the brink.

Surveys are finding fewer birds in the core breeding areas, but records of breeding, or species sightings are frequently occurring in new or not regularly-frequented locations, Dubbo-based Dr Bell says.

"Annual counts have been low in the past two years - less than 100 observed in 2018 and 2019, whereas in 2017 there were 201, however it is not known if this is because the species has declined further, or if we are no longer searching in the right places," Dr Bell said.

It is not known if this is because the species has declined further, or if we are no longer searching in the right places.

Monitoring to understand more about the regent honeyeaters' movements and habitat needs is one of a number of actions to recover the species.

Other actions include habitat restoration, the release of captive-bred regent honeyeaters into the wild, nest interventions and water supplementation.

Taronga Western Plains Zoo recently joined the fight to save the bird. It's hoped four pairs at the zoo will breed and their offspring can ultimately be released back into the wild. 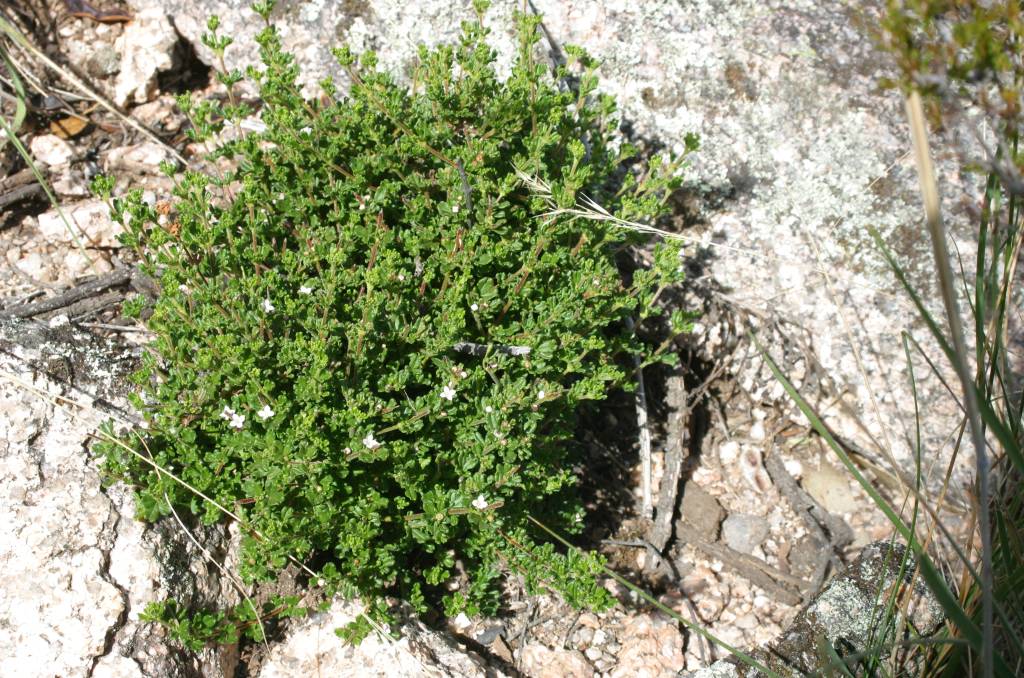 +5
Projects and people working to save threatened species.

Dr Bell said community members could also play a part by putting a bird bath out to provide water for feathered visitors.

Secondly, if they saw a regent honeyeater, they should report it immediately to BirdLife Australia by phone on 1800 621 056 - and take a photo if possible. Within the past few months a birdwatcher spotted a regent honeyeater at Dubbo.

DPIE efforts are also focusing on zieria obcordata, a plant that is a threatened species.

It is known from only two locations, Wellington and Bathurst, and all are on private land, department threatened species officer Darren Shelly reports.

Drought and animal grazing were the two major factors having an impact on the shrub, he said.

The Wellington population of zieria had "drastically declined, with only 68 remaining", a 2019 census showed.

We have already put a number of plants behind wire as a stop-gap measure to prevent grazing damage so we can gather seed or take cuttings from healthy plants for any future translocation or supplementation work.

The Bathurst sites fared much better, with the fall in numbers less marked, Mr Shelly said.

"We have already put a number of plants behind wire as a stop-gap measure to prevent grazing damage so we can gather seed or take cuttings from healthy plants for any future translocation or supplementation work," Mr Shelly said.

With zieria susceptible to becoming extinct if dry conditions continued, or if they were impacted by bushfire, they were looking to the future by having Burrendong Arboretum take 100 plant cuttings to establish a new population.

Mr Shelly said the landholders were "more than keen" for the team to work with the species on their land.

"While the drought and grazing are the two main threats to this species, it is not yet at panic time as we still have several hundred plants in existence," Mr Shelly said.

"However, more work will be needed to ensure the species is conserved well into the future." 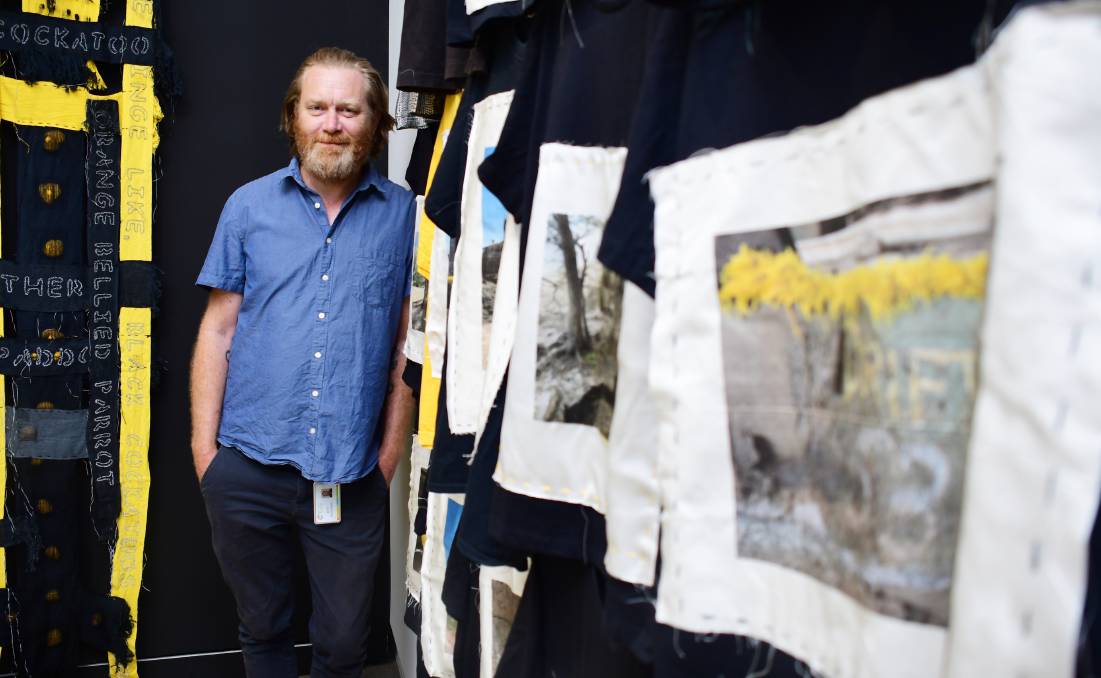 A weaver collaborating with a scientist has produced a striking artwork inspired by the plight of the rare regent honeyeater, a bird that has a core breeding area near Bathurst.

Kelly Leonard of Mudgee was one of 10 regional artists matched with 10 officers on the front line striving to save vulnerable animals and plants.

The result, the Art of Threatened Species exhibition, can be seen at Dubbo's Western Plains Cultural Centre (WPCC) until February 2.

READ ALSO: On your mark, get set, doggo - dachshund racing to hit Tamworth

The project was a partnership between Orana Arts, the Department of Planning, Industry and Environment (DPIE) and WPCC.

Exhibition curator Kent Buchanan said it was a "complex and ambitious undertaking".

"Teaming each artist with a scientist provided huge scope for collaboration and knowledge sharing," he said.

"The artists had access to a vast amount of information and spent long periods of time in the landscape observing their often elusive subjects.

The public reaction has been overwhelmingly positive with many praising how prescient the show is.

"For the scientists it provided a forum for discussing the many issues around the species and environments they know so well outside of the usual realm in which they work.

The exhibition was officially opened on November 8, and Orana Arts is currently negotiating with other venues for display opportunities.

"The public reaction has been overwhelmingly positive with many praising how prescient the show is," Mr Buchanan said.

"Visitors have marvelled at the complexity of the works as well as the broad variety of mediums and perspectives."

What do you think?

This story Which species are threatened and what's being done to save them first appeared on Daily Liberal.