Sue Bryant puts the new tech on board Sky Princess to the test.

More than four decades since The Love Boat made the old Pacific Princess a star of the small screen, and five years since Princess Cruises launched a ship for the international market, Sky Princess made its debut in Trieste, Italy, in October.

Fans of Princess Cruises will find much that's familiar on the 3660-passenger ship, which is the fourth in a series of six Royal Class vessels that began in 2013 with Royal Princess. All of the line's trademarks are here: Movies Under The Stars; the gorgeous Piazza, all gleaming marble and sparkly lights; Sabatini's, for top-notch Italian food; the classy Crown Grill Steakhouse; and the luxurious Lotus Spa. You won't find waterslides or go-kart tracks on Princess ships and like its sisters, Sky Princess is more about elegance and relaxation than gimmicks.

There's plenty that's new, and all of it for the better. I love the Piazza at the base of the three-deck Atrium; it really is like a town square and you could sit here all day. A few new touches make it even more fun. The International Café now serves snacks 24 hours a day and was my favourite spot for a quiet breakfast of pastries, fruit and a passable flat white.

Vines, the popular wine bar, has a new tasting and blending experience in partnership with Napa Valley's prestigious Silverado Vineyard. The revamped Gelato is a find; the ice creams and sorbets are the result of a collaboration with the University of Gelato in Bologna - who would have known such a place existed? I try a scoop of creamy pistachio and a second of tangy mango sorbet. Both are sublime.

There are plenty of other restaurants around the Piazza; the new Bistro Sur La Mer offers French classics with a contemporary twist, while Alfredo's Pizzeria has had a redesign. Sabatini's, too, is vastly improved, with new menus from Angelo Auriana, a master of rustic Italian. A night at Sabatini's used to mean staggering out of the restaurant, feeling over-stuffed (for me, at least). Now, the food is much lighter and even my not-very-healthy choices of burrata followed by eggplant parmigiana were elegantly presented and the portion size was just right. 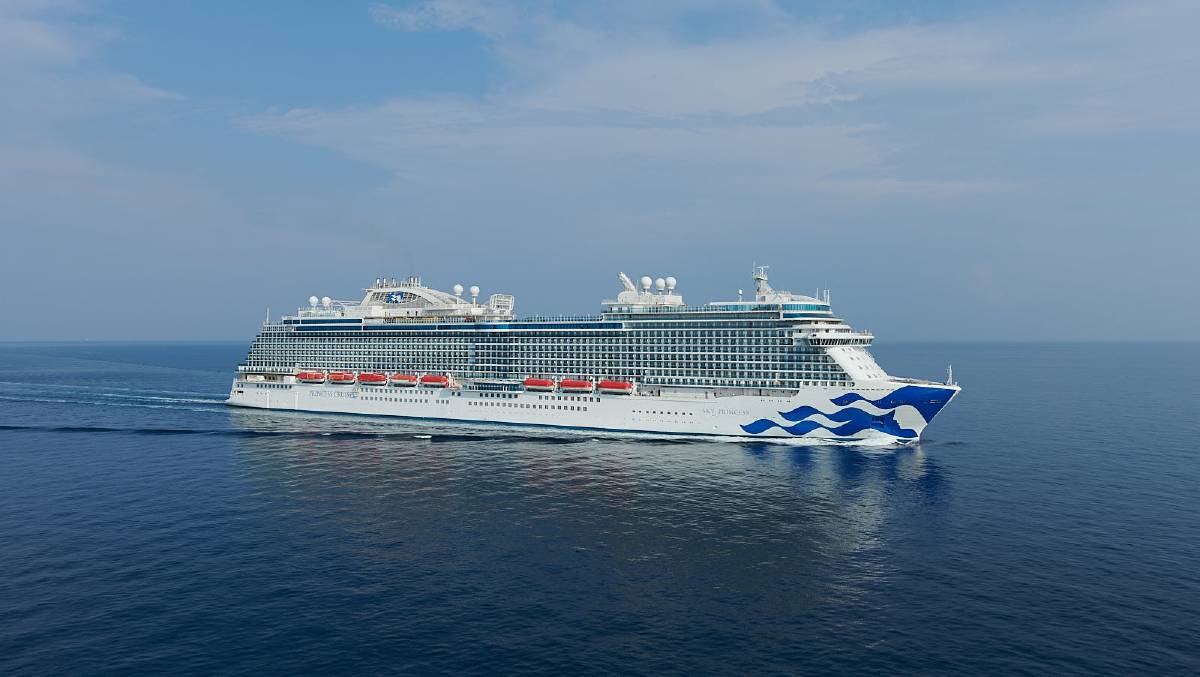 The pool deck has a slightly different layout from the sister ships, with the SeaView bar shifted to under the big screen, creating extra space for loungers. There are two big pools and a splash pool. The Sky Walk glass walkway features on both sides of this deck, cantilevered out over the water. I took a deep breath and walked along it, nothing between me and the foaming sea, 16 decks below.

The pool deck is certainly a beautiful space but it was too noisy for me. The Movies Under The Stars screen is certainly impressive, but the blaring soundtrack was relentless. I preferred the peaceful Wakeview pool aft on deck 16, with dreamy views over the wake and a handy cocktail bar; perfect for pre-dinner drinks. And on deck 17 there's The Retreat, a free adults-only space which is blissfully free of noise.

You can play recluse to your heart's content one deck up in The Sanctuary, a haven of serenity with uninterrupted forward views, waiter service and a large hot tub. A day here, with a reserved lounger, costs $40, while a private cabana costs $220.

Accommodation across the spectrum has had a refresh, with lighter, more contemporary décor. My balcony cabin has cream and gold tones, with pale wood, gauzy curtains and a stylish padded headboard.

Princess Cruises has always been big on entertainment and in the Princess Theatre, Rock Opera was my favourite, mashing up "popera" and songs from the shows with spectacular sets and dance routines and dazzling designer costumes. It stars tenor Brian Justin Crum, a finalist on America's Got Talent.

Take Five is a welcome new feature. This stylish jazz bar hosts a resident trio who play anything from swing to Cuban.

The bottom line? This gentle evolution from the sister ships is welcome. Newcomers should love the elegance and the variety on board, while regulars won't be disappointed.

Cruise:Sky Princess will be departing Florida on sailings until April 2020. Four-night Caribbean cruises start at $800 per person.

The device that will change your thinking about cruise

One of the most exciting features of Sky Princess is the cool gadgetry. Although Princess Cruises introduced OceanMedallion in 2017, Sky Princess is the first in the fleet to be fully fitted with the technology. A total of 116 kilometres of cable and 7000 sensors are embedded in the ship's structure. There are two elements: the MedallionClass app on your smartphone, to which you upload a photo and personal profile; and the OceanMedallion itself, a disc the size of a poker chip.

The medallion is your room key, credit card and ID. It doesn't actually store data - that's all safely encrypted in the ship's system - but it's like a car licence plate, unique to each wearer. The door-opening feature is nifty. As you approach your cabin, a screen on the door lights up and your picture appears with a welcome message as the door clicks open.

You can use the app to order drinks or food from any of the ship's outlets, track friends and family around the ship, pick your favourite activities from the daily program and play interactive games. And should you find the idea of being wedded to your phone on holiday intolerable, just tap the medallion onto one of the many screens around the ship and all the same functions are available.

What's also pleasing is that the crew's handheld devices detect who is in the area and they can see your picture and address you by name as they bring your drink. Prag Shah, the cruise line's global head of experience and innovation operations, says, "We're not turning our crew into robots. We're enabling them to provide a higher level of service."

OceanMedallion won't cost you anything; it works on the ship's own network, so you don't have to pay for wi-fi, although this, too, is impressive. MedallionNet is super-fast and although it costs $9.99 per day, that covers four devices and it's adequate for streaming.

I had a couple of reservations. Buying a drink is so seamless that with no chit to sign, it would be easy to lose track of just how many pina coladas you'd downed. And no doubt there's further money to be lost via the gambling app, OceanCasino, which allows you to feed a virtual fruit machine on your phone from anywhere on the ship.

Some passengers were muttering about Big Brother but OceanMedallion has a more than 99 per cent take-up rate - and it genuinely works. I liked the personal service element and I loved the ease of everything. I wouldn't bother with the gambling but that aside, this is a significant leap forward in cruise ship technology.

Bookmark this and never be caught short on the latest cruise and travel news.