Thankfully there is an uprising in people's care factors when it comes to our planet. Most people make a conscious effort to recycle. We look at alternative energy sources and how we can reduce our carbon footprint. We also have a deeper sense of respect when it comes to the protection of our environment. I also believe that many of us also worry about wildlife and the animal kingdom. The destruction of their habitats, and in some countries the blatant disregard for their safety and sadly their entire future.

I recently revisited from one of my favourite destinations on the globe, South Africa, this return journey was one with a different slant. My assignment with the help of the passionate team from Australia's arm of South African Tourism

www.southafrica.net was to combine the action of conservation with the joy of wanderlust. If that is even a thing? I wanted to uncover operators and organisations that can not only satisfy our desire to be satisfied and indulged, but also engage in the protection and wellbeing of their surrounding community and its inhabitants be they animal, human, or ecological. I was given a list of potentials and with my given time frame of ten days, narrowed it down to four different candidates.

I flew via Johannesburg into Cape Town and was delivered to my first destination with a personal local driver. I include this point as it's an extremely safe and affordable way to get around Cape Town and beyond. Around ninety minutes and some lovely scenic landscapes later I arrived at a uniquely picturesque 2500 hectares of pristine wilderness overlooking the South Atlantic Ocean known as Grootbos Private Nature Reserve www.grootbos.com. Grootbos is a 5-star phenomenon, and just by staying there you become part of their team.

Educational programs, conservation courses, even a football foundation that inspires and assists with the nutrition of local children are just some of the magnificent agendas that are a part of Grootbos Foundation.

Not only do they have a determination to protect and nurture the land on which it is situated, but owner Michael Lutzeyer is also big on giving a lot of love back to the community that surrounds what is a remarkable and spectacular property. With the assistance of his family, Michael created the Grootbos Foundation and with it a bold plan to instil a sense of purpose and pride to as many as possible in the surrounding communities while also conserving the Cape Floral Kingdom.

Educational programs, conservation courses, even a football foundation that inspires and assists with the nutrition of local children are just some of the magnificent agendas that are a part of this awe-inspiring foundation. Seeing the results of these agendas along with the honest heartfelt appreciation of the recipients and participants give you that warm and fuzzy feeling! You know that's always a winner. Honestly, you must click on this link to get the true feeling of what I sadly don't have the space to write about! www.youtube.com/watch?v=4wG82bJOg60

Heading north on a short flight from Cape Town to Hoedspruit saw us arrive at www.kapama.com feeling almost high on the spirit of Grootbos and its accomplishments. I was hopeful of maintaining this sensation here at Kapama. On arrival at their flagship lodge, Karula, I was just blown away, by this African oasis nestled between the Blyde River Valley and Kruger National Park. Part of four lodges, Karula is luxury alive and has to be seen to be appreciated. Only ten rooms at this location make it even more inviting and with its embodiment of the African spirit at every turn, you cannot help but embrace its physical state while being swept up in the spiritual presence at the same time.

A big part of Kapama's conservation efforts is directed towards the protection of the African Rhino, who as you would know is in dire need of a saviour! As part of my burning desire to be involved in whatever small way I could, myself and some fellow rovers were invited to take part in a Rhino notching and what followed the next day is a passage of time that will remain with me until I draw my final breath on this mortal coil. 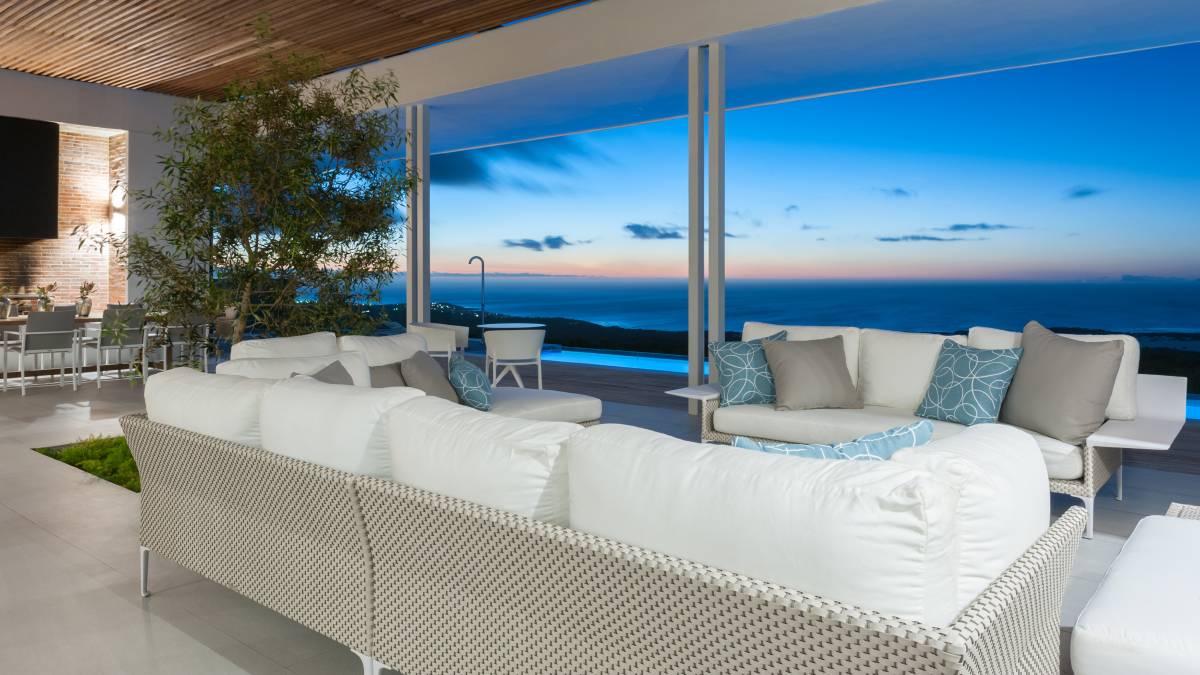 On arrival at their flagship lodge, Karula, I was just blown away, by this African oasis nestled between the Blyde River Valley and Kruger National Park.

Picture this if you will please.

Following a team of conservationists, anti-poaching members and specialist veterinarians a chopper buzzed above our heads as it shot left and right with occasional 360-degree turn thrown in. Our leader and head Veterinarian Dr. Peter Rogers with his tranquiliser gun at the ready while they tracked the intended Rhino with skilled precision, the pilot's skills phenomenal! The dart is launched and hits the targets rump perfectly and the countdown is on. As we on the ground are guided by the team above we arrive at the subdued mesmerising beast with the lead team ready to get to the action as soon as it was safe. My immediate job was to place a covering over the eyes to help keep him calm. With my heart rate was going through the roof I managed not to freeze at the sight of this majestic but somewhat vulnerable creature and positioned the covering in place. It was then all hands on deck to make sure this 2-tonne beautiful brute didn't fall completely on its side rendering it a near-impossible mission of getting herself up on her feet once the procedures had been carried out and the effects of the tranquiliser had worn off. This was just one of the important facts and instructions I had absorbed from our pre-mission meeting with the chief of our operation.

The ensuing twenty minutes from the moment I reached the animal and covered her slightly glazed eyes, our team took blood samples, four DNA samples and imbedded two GPS tracking devices while myself and eight others worked hard to keep the animal upright. This would not only allow the animal to be traced in its own environment but with one placed in her horn it would possibly lead authorities to the vile poachers and or their chiefs should the unthinkable happen and this would be some sort of positive outcome.

Our mission was successful and soon mother was back with her crash and even better news was that Peter told us that she was with calf!! Fingers crossed and long live the Rhinos.

For the good word on all things South Africa visit www.southafrica.net