As International Nurses Day approaches on May 12, reporters Sahil Makkar and Bradley Jurd sat down with our region's nurses to talk about staffing levels, highs and lows of the job, and what they hope for in the future.

THE state election is over, but Central West nurses say they are still waiting to hear from the re-elected NSW Government about its promise to hire more nurses in the region.

In the lead-up to International Nurses Day on May 12, nurses say promises of more staff must be delivered to help cope with workload issues.

NSW Nurses and Midwives' Association Dubbo Base Hospital president, Kelly Crosby, said they had still been given no indication of what the hospital would actually receive in terms of increased staffing.

READ MORE: I don't have staff to help me, nurse calls out for help

"We're still asking for ratios of one nurse to three patients in our emergency department here at Dubbo Base, a ratio of one to three in our paediatrics ward and postnatal maternity ward, and we definitely need improved ratios in mental health," she said.

"The government earmarked an extra 271 nurses and midwives over four years, but that still has to spread across 39 facilities in our local health district.

"It's not much, particularly when we've already got workloads issues." Ms Crosby said they need an increased security presence across the shifts and better safety or de-escalation training for staff.

"Car parking continues to be an ongoing issue for staff at the Base too," she said.

A Western NSW Local Health District spokeswoman (WNSWLHD) said the NSW Government recently announced the largest workforce boost in the history of Australian healthcare with 8300 frontline staff, including 5000 nurses and midwives, to be deployed across the state.

"Based on current demand projections, the planned workforce boost could mean Western NSW will see 390 new staff, including 27 doctors, 271 nurses and midwives, 37 allied health staff and more than 50 hospital support staff," she said.

"All hospital wards are staffed in accordance with the requirements contained within the Public Health System Nurses' and Midwives' (State) Award agreed upon with unions in 2010."

The WNSWLHD spokeswoman said more than $2 million had been spent on a range of measures to increase security at hospitals, including: 24-hour security staff on site, fixed and mobile duress alarms so staff could summon assistance when necessary, staff training to ensure they have the necessary skills to prevent and manage aggressive incidents, and CCTV cameras.

Caring for you with pride, but who will care for them? ORANGE nurse Joe Webster will never forget what he was told when he began his career 20 years ago.

"[The] best advice I was given when I was starting out was to treat the patients how I'd like my grandmother to be treated," said Mr Webster, a clinical nurse consultant in Stomal Therapy and Wound Management at Orange Hospital.

Now he is proudly passing on the same advice to new nurses.

Remember why you got into nursing in the first place and be compassionate to your patients.

"Remember why you got into nursing in the first place and be compassionate to your patients," Mr Webster said.

"Every patient is someone's grandmother, grandfather or relative."

Mr Webster is a well-respected nurse for the care he provides to patients and his training and education with new nurses.

He got into nursing at the age of 19 after he was motivated by his aunty, a mental health nurse, and has never considered doing anything else.

"It's been good and hard at times," said Mr Webster, who starts his day with a coffee and by looking at new referrals in his specialty areas.

"I have got a position that I really enjoy. I have got a good working relationship with nurses and doctors.

"I feel my input is valued, so that's a nice feeling to come to work to. I feel lucky that I have got a role that is specialised."

Like Mr Webster, Dubbo nurse Tammy O'Connor joined the profession after being influenced by her mother, who is a registered nurse. 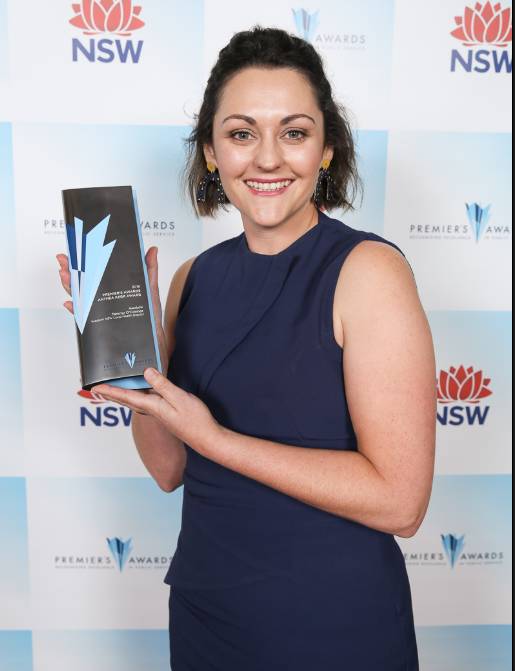 Ms O'Connor, who started as an assistant nurse in 2004 and is now a clinical midwifery consultant, says the stories she heard in her first year of studying convinced her she wanted to be a midwife as well.

She now has her own stories to tell. And her most memorable moment? The first time she helped deliver a baby.

Being present and assisting a woman to birth and grieve a stillbirth baby is something that a midwife will always remember. Being able to comfort a woman and her family in this time of need is a privilege.

"Unfortunately, it's not just the happy times that are so memorable

"Being present and assisting a woman to birth and grieve a stillbirth baby is something that a midwife will always remember. Being able to comfort a woman and her family in this time of need is a privilege."

Bathurst's Karen Beattie has been with NSW Health for 29 years 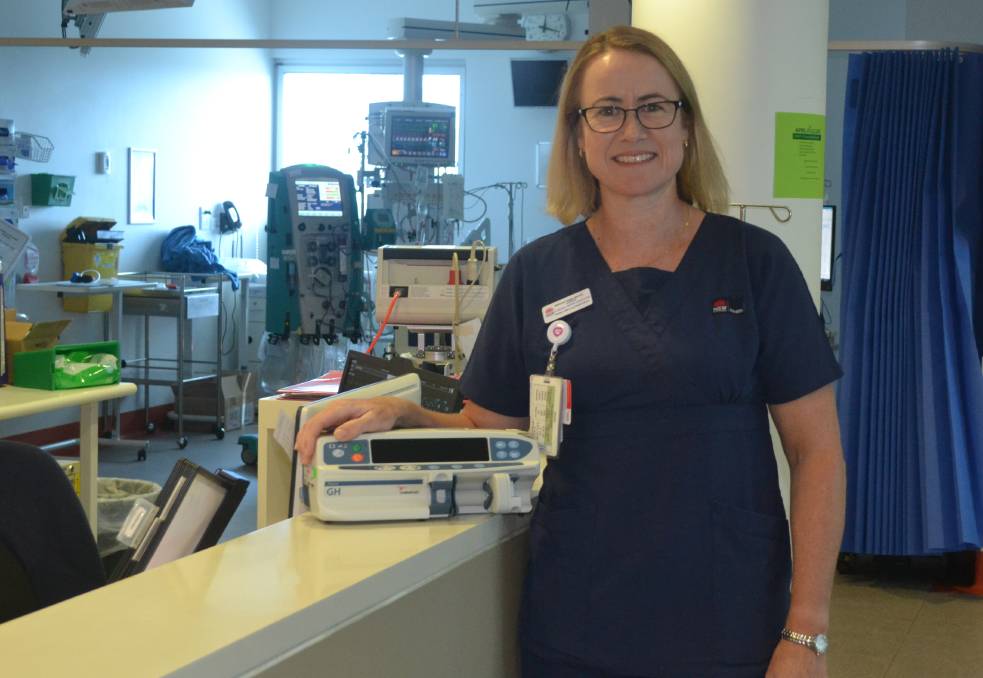 Like Ms O'Connor, Ms Beattie decided to become a nurse very early in her life.

"I really didn't have any idea what I wanted to do until I had knee surgery in year 12 and that was when I decided to do nursing," Ms Beattie said.

Ms Beattie, a haemovigilance clinical nurse consultant and a recipient of the NSW Local Health District staff member of the year award in 2018, says there are so many job opportunities in nursing, including clinical, management and education.

There are times when we don't have the equipment to do the best job we can. We need supported time for mindfulness and mental wellbeing.

"You can be a nurse in many different locations - from hospitals, universities, medical and community centres to patients' homes," Ms Beattie said.

"You can travel the country and the world with the qualification."

It's not about more money, it's about better care 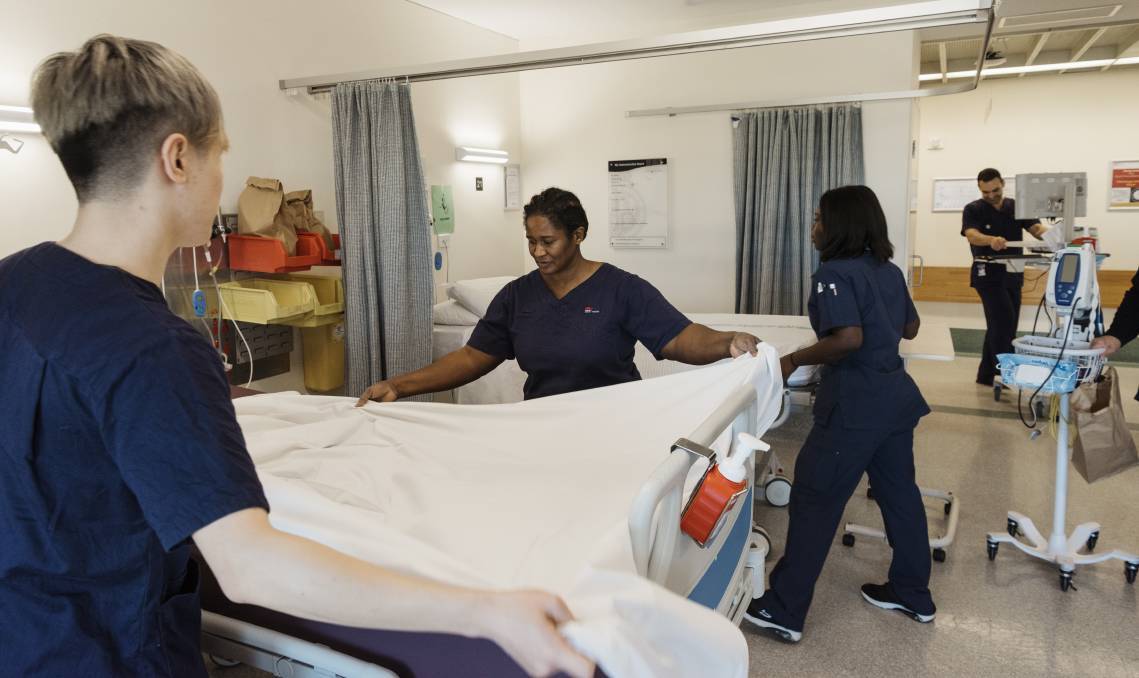 This International Nurses Day, Central West nurses want members of the community to acknowledge their work and stand behind them in their demand for more nurses on the floor.

Mr Webster said it's not about nurses getting more money, it's about getting more nurses so they can provide better care to each patient.

"We need to support and encourage our new nurses so they stay engaged with the profession. There are challenges around nursing ratios and patient acuity," she said.

"Shift work can also be difficult at times.

"There are times when we don't have the equipment to do the best job we can. We need supported time for mindfulness and mental wellbeing."

Ms O'Connor says rural and remote nursing and midwifery pose a number of challenges as well.

The challenges include workforce recruitment and retention, socioeconomic disadvantages and the growing gap between Aboriginal and non-Aboriginal health outcomes.

"However, in the face of challenges, it also provides a number of opportunities to work with these challenges," Ms O'Connor said. Those are the three biggest issues facing nurses in Bathurst, with the Bathurst Nurses and Midwives' Association calling on the state government to fulfil its promises.

And a spokesperson from the association has called on the government to provide extra staff to handle heavy workload at the Bathurst Hospital.

READ ALSO: Where and when you can cast a pre-poll vote ahead of the federal election

"We need the government to be serious about giving us our ratios (nurses to patient) so that we can provide safe patient care. We need the correct staffing numbers," the representative said.

"We need more security [at Bathurst hospital] in light of what's been happening across the state. We need security 24-7 in the emergency department and more heightened security around the facility."

The spokesperson also said there is a bullying culture in Bathurst, especially when it comes to overtime, with nurses feeling like they have to do extra work because of a lack of staff.

READ ALSO: Dismantling, disrupting the supply of illicit drugs in the Central West

"Staff are doing excessive overtime, they are coerced into doing the over time," they said.

"They feel like they have to do it because they haven't got an aid to look after their patients and their is no other staff to come in and do that."

According to the spokesperson, the state government hasn't fulfilled its promise to provide more staff.

"The wards are staffed to the minimum amount that they require. Therefore you never get extra hours on top of your allocation," they said.

"They [government] is only providing what they have to provide and nothing extra."