Wellington Golf Club had about 80 golfers playing on Saturday and Sunday in it's Club Championships with Ruth and Col Arnold the major sponsor of this event and many thanks to them.

Individual sponsors of Round 3 and 4 were Central West Auto and Twin Rivers Printing and many thanks to Steven McCarroll and Peter Payne for there support in sponsoring the Handicap part of the Championships.

Please make sure you don't throw your bottle tops on the course as these damage the mowers and cause an increase in expenses.

Nominations are now open for the Board for 2018/19 and are available now on the notice board.

Kierles Pharmacy summer competition will begin on December 4, so get your team nominations in please.

Saturday see's an Individual Stableford plus Round 1 of the Matchplay Championships kindly sponsored by Harold  Baker Bookmaking.

Division 1 saw Joe Ryan go into Round 4 with a four shot lead over Kurt Cusack who put together a good round of golf to catch Joe.

Joe had a chance in the final hole to win it but he missed his putt which took both Kurt and Joe to a three hole play off and they still couldn't be separated, the fourth hole saw Joe claim the title with a par and congratulations to him. Handicap winner was Kurt Cusack.

Division 2 saw Daniel Baxter took a three shot lead into Round 4 of the Championships over Rod McMahon who collapsed in Round 4 leaving Daniel to claim a comfortable six shot win with David Naveau his closest challenger. Handicap winner was Norm Royal.

Division 3 saw Gary McNaughton take a ten shot lead into Round 4 with James Drew his closest challenger, Gary went on with the job to claim a 17 shot victory over his nearest golfer Rod Irwin.

Saturdays round of golf winner was Gary McNaughton who savaged the course with a 68nett and Sundays winner on a count back was Errol Flood who came home with a 71nett.

Runners up were Rod McMahon with a 69nett and Mal Scott with a 71nett.

Gersbachs Mechanical nearest the pin in two shots on the fourth hole went to Kurt Cusack.

McDonald's biggest whack in A grade went to Joe Ryan and in B grade it went to Paul Hannelly.

Brent's NFI award winner went to Steven McCarroll who tried hard all day but lady luck was not with him, his final score was 85nett. 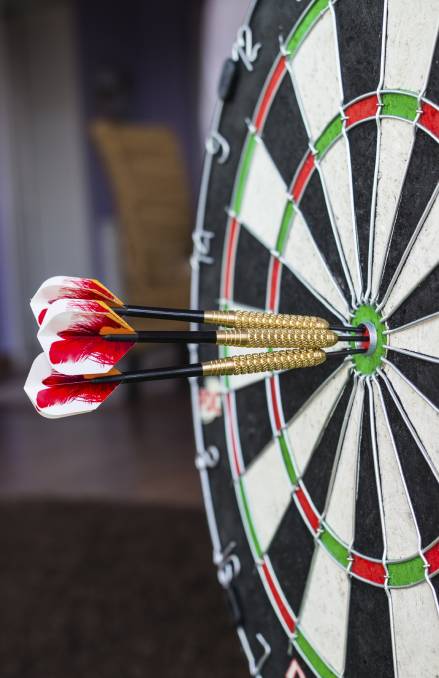 Allan Brown spent the weekend away with Richard Kent and then came home and gave him a darting lesson.

Sharks gave what could be there only challenge for the Shield the Soldiers team a small lesson in darts with three players final score was four legs to two.

Him 'N' Hers have put a gap between themselves and the Odd Ones Out who almost look certain to finish at the bottom of the ladder, final score was four games to two.

Were Here and BDDP had to share the points with a three all draw.

Draw for Round 12 see's Him'N'Hers taking on Were Here, Soldiers take on BDDP, Sharks take on Odd Ones Out.

Wellington Darts last Championship is the Double Start/Double Finish which will now be played on October 21.

Mudgee darts are on November 24. 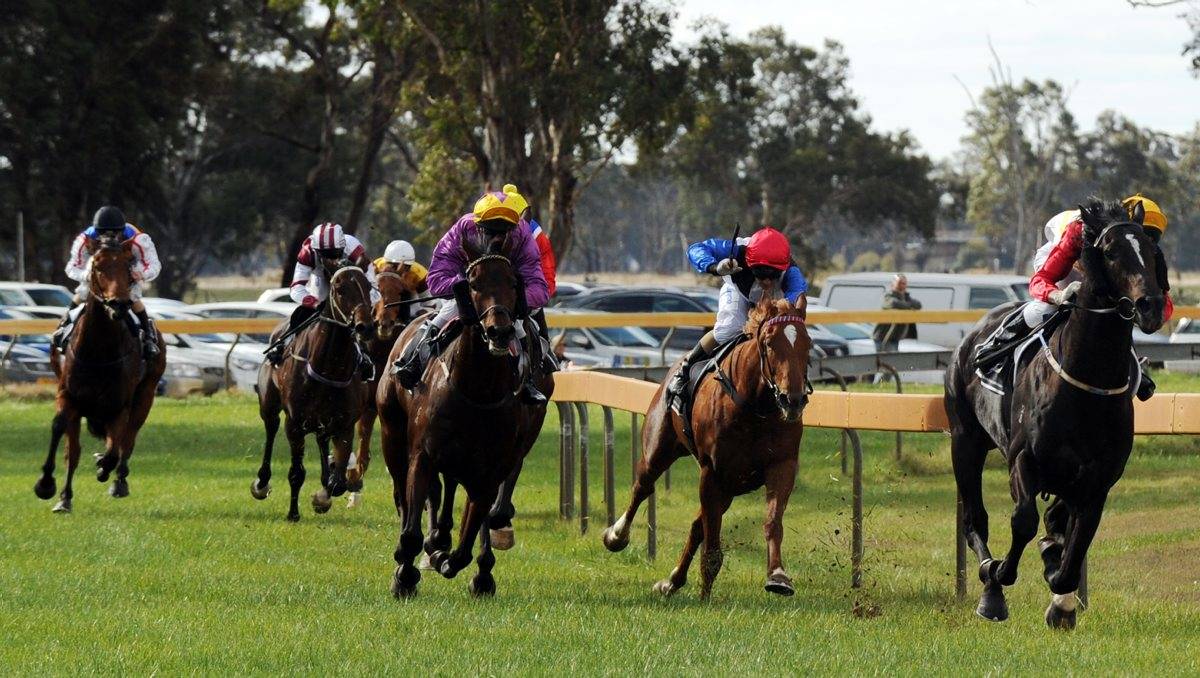 A run of outs lasting more than four and a half years and thirty six races came to an end when eight year old mare Decades won the 1200 metres Class 1 Handicap at Gulargambone on Saturday.

At debut in January 2014 Decades won a Maiden Handicap at Seymour when trained by Lee and Shannon Hope in Victoria.

In 2015 Decades came to central west New South Wales and over following seasons ran several placings when trained firstly by Karen McCarroll at Wellington and then Peter McCauley at Dubbo.

Back racing in 2108, Decades is now trained at Coonamble by Michael Denison and was well ridden by Vad Bolozhinskyi at Gulargambone.

After racing in the box seat Decades ( $3.50 favourite ) won by a half neck from Velvet Glove ( Ashleigh Stanley,$6 ) with  Future In Doubt ( James Rogers, $10 ) finishing third.

Ian Holland got Coonamble trainers off to a good start when Turramurra ( Wendy Peel, $3.50 ) raced in the leading division and won the Maiden Handicap ( 1100 metres ) by nearly a length from Poppy’s Freckle ( James Rogers, $3.80 ) and Tellmay ( Jodi Worley, $13 ).Turramurra was bred and is raced by the Kennedy family from Come-By-Chance.

Second leg of a winning treble for apprentice Wendy Peel was the Sally Torrens, Gunnedah trained Auric Gold in the 1450 metres Maiden Plate.

Wellington jockey Daniel Pitomac had won the Benchmark 45 Handicap ( 1450 metres ) on the Brett Thompson, Gulgong trained Shake Off and looked likely to also win the feature race the Halcroft and Bennett Gulargambone Gold Cup ( 1200 metres ) when the Dar Lunn,Dubbo trained Zoutenant darted through a gap in the straight and dashed to the lead.

Medal Afrique ( Wendy Peel, $2.50 favourite ) however finished fast on the outside to beat Zoutenant ( $3.50 ) by a short half head with Pompous ( Leane.G.Henry, $5 ) filling third place.

Narromine to race on Saturday with the feature being the Dandy Cup while the Coonabarabran Cup is on next Monday.

The winning treble ridden by Greg Ryan at Forbes on Saturday included a double, We Love Rugby and Hu Hit Hu, for local trainer Dennis Bush.

The following race, the Achesons Home Timber and Hardware Class 2 Handicap ( 1400  metres ), saw the Dennis Bush, Forbes trained We Love Rugby ( Greg Ryan, $2.30 favourite ) gain a rails run at the top of the straight and sprint to a three lengths win over Dragon’s Shadow ( Robbie Brewer, $3.80 ) and All Ellie ( Richard Bensley, $9.50 ).

Bringing up the treble for Greg Ryan and double for Dennis Bush, Hu Hit Hu ( $2.30 fav.) enjoyed a charmed run behind the Cobar sprinter Vonnida and eventually scored by over a length from Naoko ( Kath Bell-Pitomac, $13 ) and Fairy Fragments ( Amelia Denby, $13 ) in the Forbes Magpies Group11 Premiers Benchmark 56 Handicap,1100 metres.

Hu Hit Hu and We Love Rugby are both raced by the Taylor family from Sydney and are half sisters being from the mare Sacred Hit.

Well ridden by Tiffany Jeffries for her mother the Parkes trainer Sharon Jeffries, Viva Lavino ( $13 ) tracked the leaders before finishing best to account for Son Of A Fox ( Greg Ryan, $3.90 ) and Chief Of Arlington ( Jake Pracey-Holmes, $5 ).

Dubbo trainer Michael Lunn had three starters in the Forbes Machinery Centre/Lachlan Readymix Maiden Handicap ( 1200 metres ) and it was his grey gelding Churbro ( Richard Bensley, $9.50 ) which produced a big finish from well back to beat Duntroon Man ( Andrew Banks, $7 ) and Dastaan ( Tony Cavallo, $3.50 ).

There were plenty amongst the big crowd at Forbes who backed the winning favourites from the Dennis Bush stable however it was a $19 chance Bee Double Bee taking out the final event, the 1100 metres Forbes Caravan & Cabin Parks Benchmark 58 Handicap.

The $500 cash prize donated by Peter Maher Shearing Services and Danny Molly of MBR Clothing for the Trainers Pointscore was shared by Brett Thompson and Dennis Bush.

Under drought conditions, curator Tom Molloy and Colin Hurford produced a very well presented racecourse. Feature at Narromine on Saturday is the Dandy Cup while the Coonabarabran Cup is on Monday, October 22. 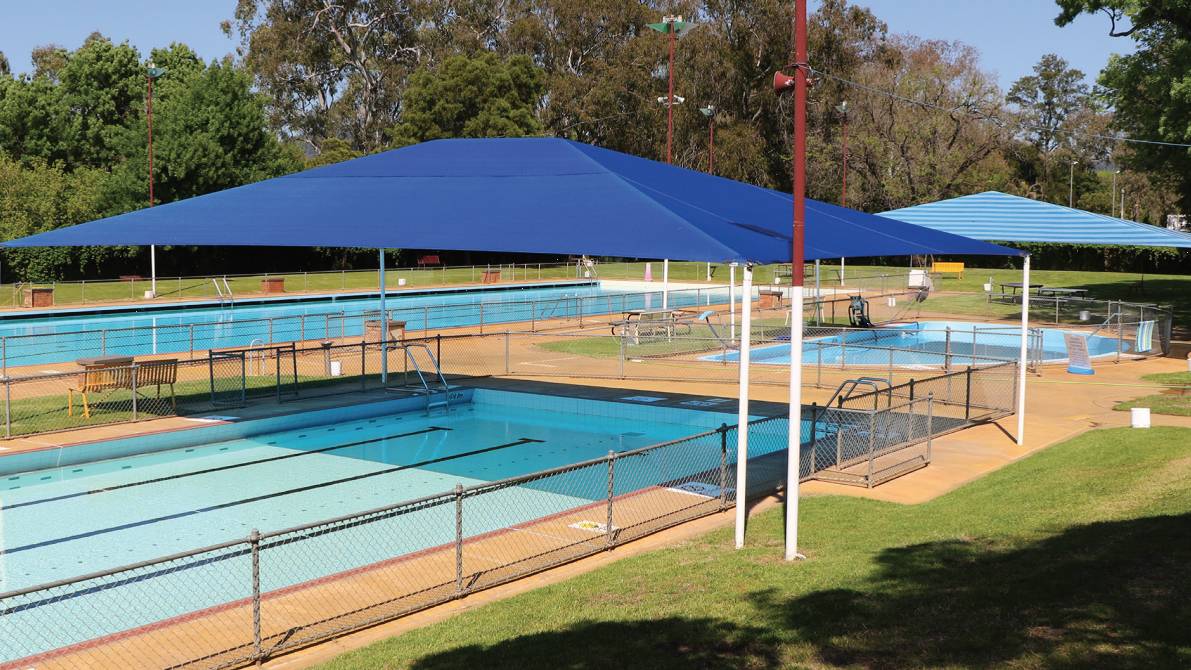 The Wellington Memorial Pool will be closed for the duration of the 2018/19 swimming season as the facility undergoes its first major redevelopment since its construction in 1956.